Showing posts from June, 2015
Show All

“Programmatic’s role in digital ad buying has grown from virtually zero to nearly half of all transactions in just five years,” says Tim Elkington, Chief Strategy Officer at the UK’s Internet Advertising Bureau. 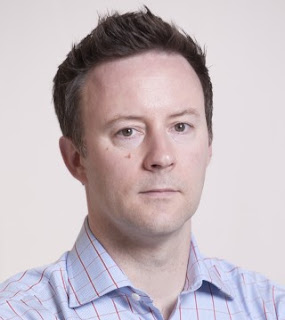 Almost half of online display ads in 2014 – worth just under £1 billion – were bought through ‘programmatic’ technologies, according to the second annual industry study quantifying how UK digital display advertising is traded.

The Internet Advertising Bureau (IAB) UKs “Media Owner Sales Techniques” study, conducted by research and strategy consultancy MTM, reveals that of the £2.13 billion¹ spent on display ads across the internet and mobile in 2014, 45% (£960 million) was traded programmatically – up from 28% in 2013.

‘Programmatic’ – which refers to ads bought and sold using automated systems and processes such as real-time bidding – was narrowly behind direct sales between publishers and buyers (49% share of display ad sales). Only 6% were bought through ad networks (down from 22%).

E.g. 49% of all digital display ads in 2014 were purchased directly

New opportunity : Reaching the right decision maker in the right company with the right message - theMarketingblog 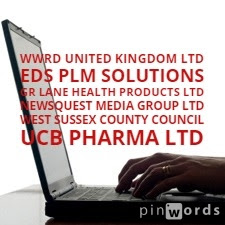 Check some of the companies who checked theMarketingblog in one day in June this year ...

Check the list underneath - you will see the quality. You can reach and influence them with the right message using theMarketingblog. It's an opportunity of getting your success story across to these important decision makers and influencers.
Please sign up here for more details on how you can get leads for your sales teams so that they can convert them into new business. We will get back to you right away with details on how your success story can make a major impact on companies like these ones. It's that simple so let's talk - your sales team will thank you.

You can also call Will Corry the UK Content Curator on 01784 434 412 to reach the right decision maker in the right company. Call today - your time will be well spent.
BitExpert AGGreencore Group PLCOy Karl Fazer ABNational Express Gro…
Post a Comment
Read more